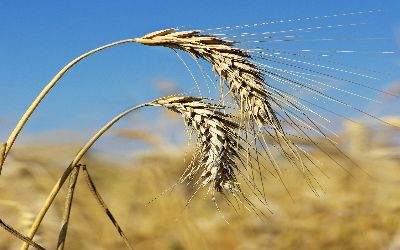 Summary: Early evidence suggests that market volatility could be moderating in line with a lift in investor sentiment, but it is very early days. The direction of oil prices has been leading many asset class…

moves and as a result, the volatility of oil prices can be informative. Although oil volatility is at the highest level since December 2015, the pace of increase is declining, indicating the market could be on the verge of more stable trading conditions. A more stable market would give the green light for rising investor risk appetite, and a less defensive stance for portfolios.

Somewhat counterintuitively, softer economic data is providing some buoyancy to cyclical assets as investors anticipate that central banks will keep policy extremely accommodative. That means keeping rates on hold in coming months for the US Federal Reserve and rates moving further into negative territory for the European Central Bank. Accordingly, currency movements are a critical input to the investment decision process for foreign assets, and with our expectation of a weaker US Dollar in 2016, this will change the dynamics of commodity investing. These dynamics are nowhere more pronounced than in the precious metals sector: a potentially more positive risk environment is being countered and likely to be more than offset by a weaker USD, coupled low real interest rates and finely balanced investor sentiment.

The future of oil prices is tied to Saudi Arabia and Russia cooperation in reducing production. The oversupply on the global oil market continued to weigh on oil prices, also driving equity benchmarks around the world downward. Recent major producers’ agreement to freeze production has been welcome positively from the market. However more need to be done to absorb the excess supply and support prices this year. The WTI contango suggests $39/bbl by and of the year, with the curve having flattened considerably and below our fair value range of $46-70/bbl.

Weak currencies and rising production weighs on agricultural sector. Agriculture fell by 1.2% as increased USDA grain production forecasts weighed on prices. Weak currencies in producer countries continue to put downward pressure on agricultural commodity prices, such as sugar for example. However, we expect a rebound in cocoa prices as poor weather conditions have not been factored into current prices.

Gold’s gains capped as volatility moderates and risk aversion recedes. A defensive investor stance continues to keep gold (and silver) well supported, but that could change as volatility moderates. Gold and silver are by far the best performing commodities within the complex in 2016. Gold continues to hover around the US$1200/oz level, off the recent highs above US$1260/oz, but a modestly firmer US Dollar and early signs of a US equity market revival has capped gains.

Can mining CAPEX cuts and weaker US Dollar continue to buoy industrial metals prices? Industrial metals were buoyed by a confluence of factors namely – the weaker US dollar, a sway of announcements of production cuts by miners and the shift in focus to underlying fundamentals once again. Infrastructure needs of emerging economies favour demand while mine closures undermine supply. We continue to favour industrial metals.

The USDA revised downward its 2015/16 soybean oil production forecast for the US by 80 million pounds (0.4%) driving a 9.6% rally in the commodity. US soybean oil stocks are expected to decline as rising imports and higher soybean oil extraction rates will not compensate enough for the decline in production.

Cocoa continued to decline 1.2% last month (a decline of 17% since the beginning of December 2015) as port deliveries at Ivory Coast and Ghana were greater-than-expected. However, the market has underestimated the impact of dryness on the mid-crop which will be harvested from May in most of Africa and we expect prices to recover back to December 2015 levels – a potential gain of 18%.

Industrial metals were buoyed by a confluence of factors namely – the weaker US dollar, a sway of announcements of production cuts by miners and the shift in focus to underlying fundamentals once again. Infrastructure needs of emerging economies favour demand while extensive mine closures continue to weigh on supply, helping prices.

While the International Lead and Zinc Study Group (ILZSG) reported that the global lead market showed a supply surplus of 63,000 tons in 2015, they predict it will increase further in 2016. We believe this is not accounting for the recent production cuts announced by Glencore which should actually leave the market balanced. As a result, we believe ILZSG is underestimating the supply deficit for the zinc market paving the way for higher prices for the galvanizing metal.

Imports from China in January were muted by the New Year festivities with copper and iron ore imports declining 17% and 15% month on month respectively, while both figures were higher than the prior year.

Oil prices have range traded amidst divergent trends over the past month. US inventories posted the first decline since early January, down 755,000 barrels, supporting oil prices. Another 28 oil rigs shut down last week, bringing total oil rigs to 439, down 73% since its peak in October 2014.

US oil production fell for the third consecutive week, down 0.4% over the past month to its level in January 2015.

Weighing on oil prices, China imports came weaker-than-expected in January, down 20% from December record high. In its latest monthly report, the US Energy Information Administration estimates the global oil market to remain in a surplus for the next two years.

Oil prices have however largely ignored these fundamental developments as investors were focussed on signs of production cuts. Prices remained volatile amidst significant rumour and speculation. Nonetheless, oil prices may enjoy some calm over the next month as major oil producers agreed to freeze production at already-elevated January level.

The precious metals sector (alongside energy) will remain a key gauge of investor sentiment, as offsetting influences battle for dominance. A defensive investor stance has continued to keep gold (and silver) well supported, but that could change as volatility moderates. Elevated volatility and low real interest rates are battling rising risk appetite for dominance over the direction for prices. Currently, a modestly firmer US Dollar and early signs of a US equity market revival has capped gains, but the March Fed meeting is the main event for the path of investor sentiment and the direction for defensive assets.

Silver stocks have been falling since June 2015, but the metals strong correlation to gold has kept its valuation depressed until volatility in 2016 kick-started a rally. That said, the gold:silver ratio is hovering at nearly 77x – the highest level since early 2009, and until this relationship fades, silver’s industrial demand is likely to continue to take a back seat to investor nervousness.

Platinum group metals have shrugged off some of the recent pessimism, recording strong gains as global auto sales remain robust. January global auto sales are lower than the record high seen in December but remain the third best ever. As confidence in the global industrial cycle continues to gather momentum, we expect that platinum group metals will begin to play catchup, outperforming gold in the medium term.

Speculative positioning in the cotton futures market has become net short for the first time since January 2015 as the USDA reduced its global consumption forecasts and the market fears that China could release some of its stocks.

The rise in copper prices was attributed to short covering. Investors are coming to grips with the tight supply-demand situation in the global copper market.

With the exception of natural gas, net long positions into energy commodities increased over the past month. Despite falling oil prices, long positions into Brent and WTI futures contracts surged by 14.5% and 7.8%, respectively, with short positions rising as well but to a less extent.

Net speculative positioning in silver is up 116% over the past month, the only precious metal to see a rise in net long positioning.

USDA wheat inventory estimates were raised by 5.1% (from three months ago) to record levels as global consumption figures were lowered.

The tightening base metal supply situation is being confirmed by a significant decline in LME stocks for all metals with the exception of lead. We believe this is because the decline in global lead supply was offset by waning demand from the China and US in 2015 rendering the market in a supply surplus.

While above its five-year average by 28%, natural gas inventories in the US fell by 28% over the past three months as the restocking season is not due to start before March/April. US oil inventories barely moved over the same period, still 37% above its five years average while total stocks of gasoline surged 20% to more than 255 million barrels, an all-time high.

The front end of the zinc futures curve has moved into backwardation yielding a return of 0.46% after being in contango the prior month (with a roll return of -0.3%).

The short end of energy commodity futures curves are all in contango – from as little as 0.8% for heating oil to as large as 17.7% for gasoline, the latter being a reflection of surging gasoline inventories in the US.

Strong contango is usually an incentive for commodity traders to store the physical and sell it at a later date at a higher price.

Soybean oil is now trading 6.1% above its 200dma after production forecasts were cut by the USDA. The 50-dma has risen above the 200-dma, which is generally seen as a bullish technical signal.

Lead and Tin futures price have surged above their respective 200dma and highlighting further upside from current levels.

All energy commodities are trading 30% below the 200-dmas and 6% below their 50-dmas on average, traditionally an indication that prices are likely to remain weak for a while. However, any unexpected supply shock or discussion to support prices could easily see oil rallying in the short term.

Silver has now joined gold, in trading above both the 50 and 200-dma, reflecting the ongoing change in sentiment. Platinum remains just shy of the 200-dma, while palladium remains the laggard, trading just above its 50-dma but a long way from the 200-dma.

*Note: all returns are based on front month futures prices in the month to Friday 12 February 2016.

1 CFTC futures net positioning as at report date, percent change from previous month. 2 Percent change in inventory based on 3 month change (in %).

4 Percent difference between the front month futures price and its 200 day moving average on Feb 12, 2016.

ETFGI report on ETFs and ETPs in Europe – October 2020

ETFGI : Assets in ETFs/ETPs listed globally have gathered a record US$539.58 billion at the end of October 2020